What does it mean to achieve athletic excellence? Some believe that “it is not whether you win or lose, but how you play the game.” There are those that believe winning is everything; others say a combination of the skill, determination, courage, and fairness of play also play a role in achieving excellence, along side of winning. In a society driven by money, power and the desire to be number one, this is also reflected in our view of sport. We dehumanize sport by referring to athletes as machines, use money and other external goods to promote competition and some coaches may even resort in tactics such as cheating, violence, and aggression as avenues to obtain the big W.  We put pressure on our kids to succeed at a young age and, in many cases, parents take the essence of play out of sport. Sport can become a great tool to teach kids morals, fair play, friendliness, and teamwork, but with an emphasis solely on the outcome these intrinsic factors take a back seat to winning. In this blog I would like to discuss why winning has been so over emphasized; Why the winner may not always be the superior athlete; What should sport emphasize if not winning?

My favorite quote is simple, sweet and to the point. “Projection is reflection.”

What we find wrong with sport is just a reflection of our society. In Hundley’s article “the overemphasis on winning: a philosophical look”, he believes we are too outcome oriented, all that we emphasize is whether or not we have won or lost. If we completely cut out the path in which we took to reach a particular outcome, I believe, we have missed the whole point of sport. Sports are a derivative of play; play is a form of human expression. The act of play is something in which all humans can relate. But when we pressure athletes to win and offer them external rewards for their win it takes away the element of play in sport. We would then consider sport a form of work, since the goal is to obtain a particular outcome. This overemphasis on winning is driven by our ego-oriented society, governed by work, where we strive for more power and we want more prestige. When we focus on winning we miss how the game was played, and sometimes the superior athlete does not always win. Don’t get me wrong, I believe that winning is an ingredient to athletic excellence, but it should not be the only ingredient. 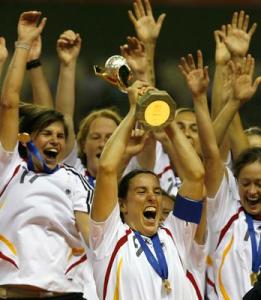 There are several different factors that may affect the outcome of a game, causing the less superior athlete or team to win. Dixon discusses this further in his article “On Winning and Athletic Superiority.” He notes that referee errors, cheating, gamesmanship and bad luck all play a part in the outcome of a game. I do not believe that it is possible for any one person to always win; even the best must experience loss. Have you ever played a game where you dominated the opponent’s side of the field, had several chances to score, but missed them all? This would be considered bad luck or even an “off” day. This is allowed! We must remember that as a reflection of life, participation in competitive sports also has its ups and downs. If we did not know what it was like to lose, how could we truly appreciate what it feels like to win? There are also instances of athletes cheating to win a game. Dixon defines cheating as “an attempt to break the rules of a game while escaping detection and punishment.” This goes against the moral values and fair play that should be a major component in the way athletes treat others and the game itself. Dixon argues that in some ways cheating may be a legitimate tactic, which may lead to a better way of playing the game. I guess I would have to somewhat agree, we should always be striving to make a game better, but initially when a person cheats to deceive, it is not coming from a solid moral ground, but from a desire to win at all cost.

To balance out the overemphasis on winning we should also make light of the skill and moral conduct of an athlete. Why is it that we do not take more time to appreciate the beautifully executed pass or play? Playing a sport also means practicing and improving your skills, it takes determination, dedication, and teamwork to execute a play, but all we want to know is who won the game. Yes, there should be a competitive component to a game; this competitive drive translates well into work or school. But this should not overshadow what it took the athlete to achieve a favorable outcome. In the article by Stanley Eitzen, “The Dark Side of Competition”, He may have been a little harsh but made a few good points. I agree that we instill this sense of fierce competition in our children at such a young age, causing the loss of joy when an athlete participates in sports. I also agree that winning at all cost will also cause more violence, aggression, and the “tendency to crush the opposition”.   What ever happened to a quick pick up game where the score did not matter, but you were just there to play the game? We must remember to instill in our children a sense of cooperation, fair play, good moral value, and a healthy competitive mind.

In our society we are always running a million miles an hour, only focusing on external reward or the win. We are violent, aggressive, and cheat in order to achieve the win. We then pass this on to our offspring, Hundley made a good point in stating, “sport, however, does not merely reflect the values of the culture in which it exits. It also perpetuates them”. We must step back and realize that sports are a reflection of us, and we as a society can restore this perpetual cycle. We must put the play and joy back into sport, and it all starts with our own actions. So by all means play hard, be competitive, but have a heart, play fair, and enjoy the game.