For centuries women have been treated as inferior, weak, and dependent on the opposite sex. It was thought that we are to uphold to this feminine image of beauty while feeding men grapes and vacuuming the house in our heels. I hate heels. But we have obviously evolved past this rudimentary image of a female, or have we? It was not until 1972, when Title IX was passed, females even began to start believing there was any hope that one-day males would treat us as equals.  When I say equal, I mean that we have equal opportunities and respect in all areas of our lives. Title IX opened the doors for women in sport as well as in a work environment. Being able to participate in sports gave women the confidence to push forward and defend their rights, as human beings.

In the article “Title IX and Gender Equity” Jon Boxill concluded, “For the vast majority of people, sport is the most available form of unalienated activity and consequently is an important way that people develop their uniquely human attributes, their self-respect, and their self-esteem.” (402) Whether you are male or female, movement is in your nature. We are made to move; both males and females have the capabilities to produce beautiful, fluid, and well-calculated movements. This movement is self-expression and is not synonymous with any gender. So why do we separate males from females? Should women play against males? How may society make the playing field equal?

Over many centuries our societies have been ruled by a masculine mindset of a selfish competitiveness, which involves treating your opponent as the enemy or obstacle to be defeated. Men are the protectors, the provider, and the one in charge. Men have suppressed the female population and are threatened by the thought of a women possessing equal skill. In ancient Greece they fought to the death, preparing for war, and now we play football.  Society has further suppressed women by incorporating a need for size, speed, strength, and power in sports such as football, rugby, and ice hockey where men knowingly have an advantage. In Bruce Kidd’s article “The Men’s cultural Centre: sports and the dynamic of women’s Oppression/Men’s Repression” He mentions, “ …For women were increasingly becoming a threat to men, and men responded by developing rugby football as a male preserve in which they could bolster up their threatened masculinity…”(407) In the most popular sports size does matter, this allows men to say, “ I don’t want to play with a girl. I might hurt her.” Resulting in women remaining unactive and unable to receive the wonderful mental and physical benefits of participating in a sport or physical activity. After Title IX women then had more opportunities to participate in sports, even the masculine ones.  Females have been gaining momentum and catching up with the men in sports AND business.

In Boxill’s article he states that, “because of the nature and design of sport, it provides a significant moral function for the individual and for society at large. It does so first because it provides autonomous agents with a vehicle for self-expression- a means to self-respect and self –development.” (396) The benefits that are found in sport are not gender specific, so why do sports have to be? As humans we are always evolving and adapting to the demands of life. Women have only been participating in sport for a few decades, while men have had centuries of practice. In the short amount of time women have participated in sports, the gap between men and women in some sports has significantly lessened, especially in the area of ultra- endurance sports. Boxill mentions that, “if women want to compete with men, then they must compete against them on the same level, using the same rules and standards. But, we don’t even require this of men.” (399) If you think about all of the different male and female body types, there is such a huge range; you cannot really say that men as a whole are stronger than women.  What if you had a male who was small and scrawny and was unable to put on any muscles against a girl who was a little larger possessed more manly characteristics? Who would win in a football game or wrestling match? There are to many body types of all shapes and sizes to say that women cannot become as strong, fast and powerful as their male counterpart.

I believe that there will always be a separation between male and female sports. It will never become fully integrated, or at least I don’t believe in this lifetime it will happen. I do not see anything wrong with this. I think that separation is OK. It is going to take a long time for females to catch up to males. It should be about having the option to compete against an equal counterpart, whether it is a male or female. If a female athlete is no longer challenged by her sport she should have the right to compete against the men. Women are evolving, some faster than others. I do not believe that as a woman wanting to compete with males is demeaning of women’s sports. Just like the men in big corporations had to step aside and make room for us ladies, men will also have to make room in sports.

We are designed to be different; this dualism allows us each to provide a different puzzle piece to this beautiful life, fitting together to make a whole. Physically and biologically we are different, on an energetic level, we are all the same. We both contain the essence of male and female within us. On the outside some males may have female characteristics and vice versa. Sports should be designed to ensure that everyone may have an equal opportunity to obtain excellence. Whether you are a male or female it should not matter. I know that there will always be a bit of a separation, because sometimes I just get sick of being around men and friendly equated competition from a female counterpart is just as fulfilling.  The point is, we are all one! I know that is a little hippy of me, but what can I say, it takes one to know one!

A beautifully executed kick, an impeccable dive, and a Picasso painting, would one consider these to originate from the same category? We speak of art and aesthetic in life and sport, but are they one in the same?  Some believe that some sports could be considered a form of art because of their aesthetically pleasing components, while others argue in opposition. In the world of sport there are two different categories, which include purposive sports and aesthetic sports. Within each category one may derive a few examples of beautifully executed movements, but does that constitute an art form or just an aesthetically pleasing component of sport? I will argue that sport can be considered a sub genre of art, although an artfully executed play or movement is not always the goal. There are definite overlapping factors that allude to sport being a form of art; in this article I will discuss such factors that may allow sport to be considered an art form in its own right and own genre.

Art is a form of expression, whether a painting, dance, poem, or sculpture it is an expression of the individuals thoughts, desires, and can reflect social, emotional, and political situations. Art as an expression of ones self is subjective and when first observed may not hold any intrinsic value or beauty, but once the meaning and understanding is established it has the ability to become beautiful, meaningful, and truly moving. In Bests’ article “The Aesthetic in Sport” he states, in art the means are inseparable from the end. He also believes that is may be the differing factor that makes sport not a form of art but only aesthetically pleasing to the spectator. He states that in the case of purposive sports the means are in no way connected to the end. In a game of soccer it does not matter in what way the goal was executed, but that the goal was scored. Aesthetic sports, however, are closer to an art form, considering that the means do correlate to the end product. In the example of the gymnast, it is all about how the action/performance was executed and aesthetics are what allow the athlete to succeed; but Best believes that the apparent lack of self-expression allowed in aesthetic sports is what separates it from the arts. In opposition Boxill disagrees. She believes that sport is considered a form of art, and I would have to agree. 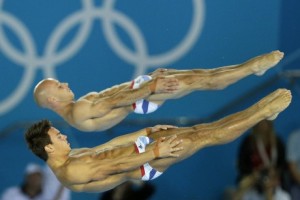 In Boxill’s article “Beauty, Sport, and Gender” she makes many valid points to prove that sport is an art form. One, in which I strongly agree, is the parallel of how sport and art become aesthetically pleasing and become an object of self-expression. She references the novice musician or athlete and that in their attempts made to master a skill the beginning is never aesthetically pleasing. A sport or art form must become mastered in order to show beauty, skill, and fluidity in movement and form. I believe that sport, just like art, is an avenue to express oneself. Whether it is done skillfully or with beauty and grace, that may not necessarily be the main objective. I know that when I participate in sport it is a way to distress; this is also the case when I draw, sing, or dance. I may not have mastered each skill but it is still a form of my self-expression because it comes from me and no one else.

There are so many different forms of art, most are free of restriction and rules but some do have certain criterion that must be abided, such as in sport. Some type of poetry has certain criterion for which one must abide to be labeled so; this calls for more creativity on the part of the writer, just as in sport the rules are derived to challenge an athlete. Boxill uses the example of the 3-second lane in basketball, “was widened to prevent a 7-footer from just standing next to the basket waiting for a lob pass inside.” Such rules are made so that the athlete must use skill to complete a task. Yes, in sport grace and skill are not always achieved along side victory, but it does not conclude that the athlete has in no way showed a sense of self-expression.

There are many ways to express oneself. To be artistic should hold no boundaries. We all have the ability of self-expression and at times it may not always be viewed as beautiful and graceful, but that does not mean it lacks expression of oneself. We all have been a novice at a sport or instrument, or any other form of art, the beauty that we see in the world is subjective and no one should tell us that what we create or derive from our being is not art in its own right.